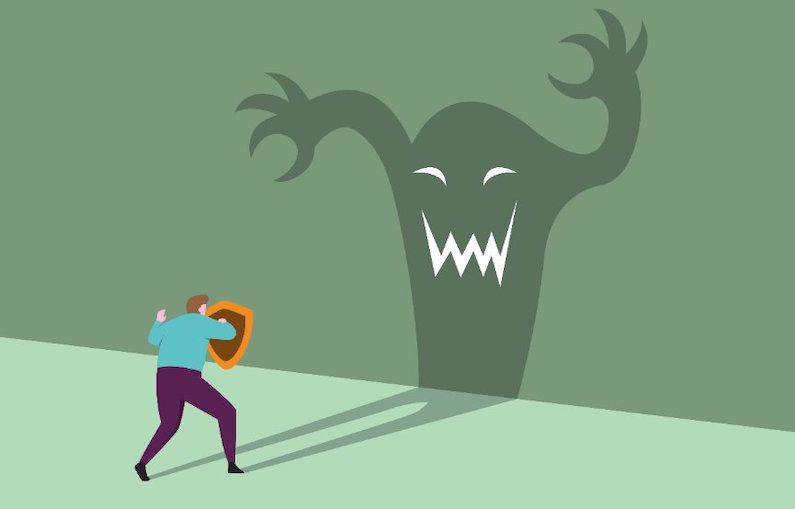 There’s a big thing to be done. You contemplate the big thing, and Big Thing stares right back – it ain’t budgin’. This town isn’t big enough for the both of you. Meet Big Thing in front of the saloon at high noon. Or, arrange a quest to go out and find it and slay it – in the process, you plan, scheme, worry, research…and worry some more. And wait.

But in all instances, at all costs, you work yourself into a complete frenzy over Big Thing, because that’s the only way to overcome it, right?

Have you noticed in many of the “conquering hero” type stories, the antagonist turns out to be less fearsome than everyone thinks? The scary mask comes off, and there’s just an injured, old man behind it. The wicked witch goes down with nothing more than a little girl and a bucket of water. Those meddling kids and their dog pull the bandages off the mummy – and he’s nothing but a greedy archeologist.

Velma is not having it.

The mild-mannered heroes in our modern fairy tales bravely confront the thing that threatens, and save the day. Of course, those are stories. But the fairy tale archetype is based on an age-old truth – openness, bravery, and action (and maybe a little magic) often win the day.

But I don’t know that it takes bravery – or even magic – to manage your Big Thing.

The “pre” isn’t necessary, so technically we’re forecasting a negative forecast (which may also be happening)…but you get what I mean.

Why we indulge in catastrophizing is still up for debate. Forewarned is forearmed, maybe (even if imaginary)? In my experience, I suppose it’s a coping mechanism. If I can fully conjure up all the worst-case scenarios in the most extraordinary detail, then perhaps I’ll be totally prepared and can weather any possible disappointment. My story will cover all the horrible bases.

The problem is, these fictional scenarios start feeling very real, like they’re actually happening. You stress out about your upcoming presentation and make all sorts of assumptions about how much time it will take, how little you have to say, how bored the audience will be. Maybe people will even get up and leave in the middle of it. Spin the tale, spin the tale, postpone, postpone.

But when you finally manage to open up PowerPoint and type something (anything) into the first slide, it only takes about an hour to pull it together – because you do actually know what you’re talking about. When you step up to the mic, everyone is friendly and receptive. You have tons of people interested in who you are and what you do.

All that rumination energy that sucked the life out of you, was pretty much wasted. Not only that, studies show that catastrophizing is linked to depression and increased fatigue. There’s a physical toll.

There’s another problem, too: spin the tales as you like, but there is no way to predict every possible negative outcome. Say you contemplate reorganizing your craft space. It weighs on you because it doubles as a guest room, and your favorite cousin is coming for a visit in 10 days. That craft room is a disaster area – it’s full of material and canvases and hot glue gun supplies and ribbon, and at least five unopened bags from Michael’s. You haven’t seen the surface of the bed in months. What’s she going to think?

You’re super-stressed that it will take forever, and you don’t have space for everything. You’ll have to stash away at least four projects-in-progress, which will mess everything up. For good measure, you throw in some guilt over not finishing said projects. Not to mention your cousin is probably going to show up and be disappointed that the sheets are only 200 thread count, and you don’t even have the decency to own a cappuccino machine. You delay. You spin. You tell yourself the stories. Finally, the day before she’s due to arrive, you stay up all night cleaning and purging – only to have her call that morning to let you know she has COVID*, and has to postpone.

I mean, I guess now you have a clean guest room, but at what cost to your sleep and emotional wellbeing?

The good news is, those unlikely heroes of fairy tales and myths have some other things going for them that we can take to heart – among them patience, acceptance, and perhaps best of all, a childlike curiosity. They don’t pause too long to calculate before they take action, whether climbing a beanstalk or pulling back the curtain on a wizard. There’s an open sense of “I wonder what will happen if I do this thing…?” as opposed to “Oh my God, if I do this thing then…”

So – I wonder what might happen if you squared off with your Big Thing? I wonder how it would be to change the narrative, kickstart the process, plant the seeds? If you could shift that excellent imagination from a horror story to, say, maybe a slightly offbeat Hallmark movie, what could you accomplish?

Would it be kind of cool to find out? 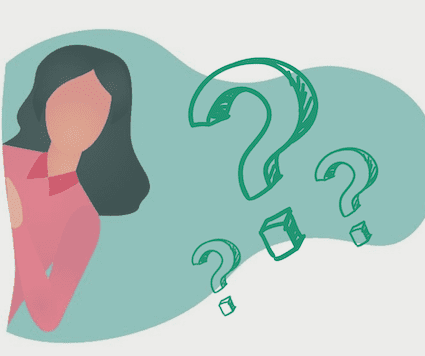 *In the interest of happy endings…your cousin’s case was mild, and she was able to reschedule her flight to a month later. And it turns out, she doesn’t even like coffee.