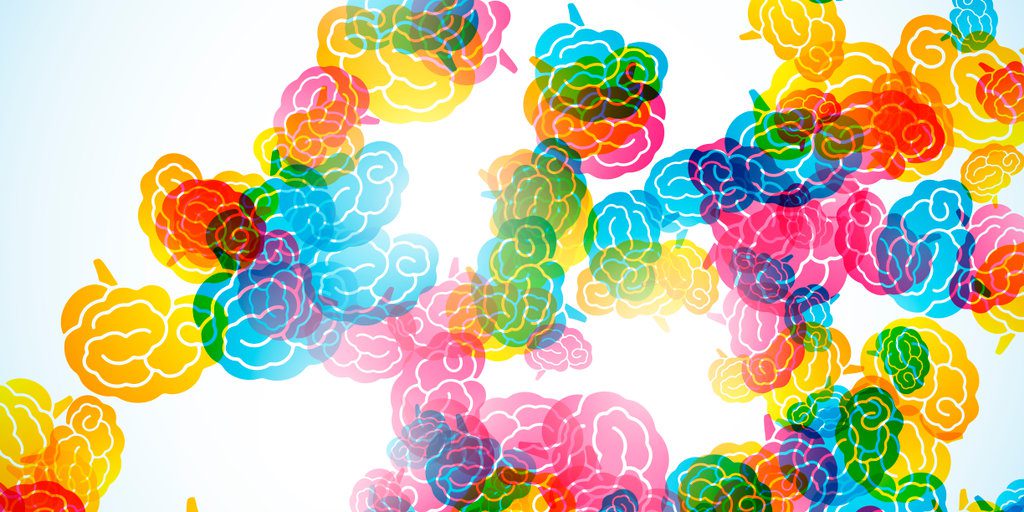 Here’s a little something for you from Merriam-Webster:

1: individual differences in brain functioning regarded as normal variations within the human population

Perhaps our difficulty in accepting and adjusting to these differences points to a limited understanding of the neurodiversity that surrounds us.

OK, yes, I’m stalling a little on my content here. Every year there’s an opportunity for me to write a post about ADHD, autism, or some other brain condition, and every year I hesitate.

Current understanding of the term “neurodiverse” often includes autism spectrum disorder, ADHD, dyslexia, OCD, depression, and often other differences (and the debate continues). However, if you look back at that definition, the phrase that stands out to me is “regarded as normal variations.” Hmmm.

For the purpose of this post, I’ll focus on what I encounter most often in my coaching/organizing adventures, which is primarily ADHD, frequently mixed with other diagnoses.

Hey, here’s a cool graphic of a brain: 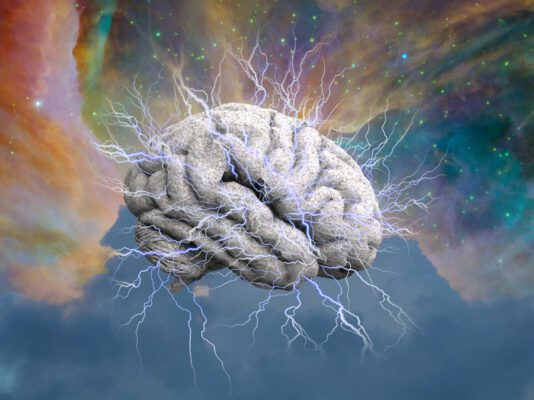 Why do I stall?

I once wrote an “ADHD” post, a long time ago, regretted it, and took it down. I originally included information about ADHD and other types of neurodiversity in my book, and then edited it all out.

Someone once asked me why I don’t write “tips” for ADHD since that’s my niche. Well, for starters, I’m not diagnosed with ADHD (although I have loved ones who are), so it feels presumptuous. For next-ers, I’m all too aware that neurotypical tips or “hacks” (and boy, do I dislike that word) generally don’t work. Not that I would couch my suggestions that way, but they’re still coming from me, and in the immortal words of Popeye, “I yam what I yam.”

I also stall because I’m not entirely sure who the audience is. Am I speaking to my clients? Colleagues? The general population? What the heck, let’s go with all of it.

And lastly, perhaps most importantly, I hate to make blanket statements about a particular group of people. Remember that these are variations we’re talking about. It’s kind of like different covers of the song “Yesterday.” Some are better than others, and there’s only one we might consider the “normal” rendition (aside: did you know that there are over 1600 recorded versions of it? Yes, I’m stalling again…).

Time for another brain pic:

Anyone besides me feeling some Pink Floyd vibes here?

But seriously, folks, if I put it out there that I’m some sort of expert, and I make the statement:

inevitably there will be someone out there with ADHD, reading my blog, for whom timers are a terrible idea. The sound of the timer going off will disrupt their train of thought, or they will learn to ignore it, or it will increase their co-occurring anxiety, or whatever. And then this someone might feel like there’s something wrong with them because they couldn’t get the “ADHD tip” from the “expert” to work.

And yes, there are lots of assumptions coming into that scenario, but I know it can happen. I’ve seen it happen.

With all due respect to esteemed colleagues, I’ve even been listening to classes or conference sessions where someone who is an expert – maybe even diagnosed with some sort of neurodiversity – makes blanket statements. I cringe. And don’t get me started on TikTok and other social media. Some information out there is solid, some well-meaning and regrettable, and some just plain awful. Scrollers beware.

My wise friend and colleague, Terry Huff (who wrote Living Well With ADHD), once told me that I’m an ADHD Watcher. I’m good with that descriptor. I’ve taken tons of classes; I even help teach one on brain-based conditions. I listen to and observe clients with all sorts of diagnoses, talk with neurodiverse family members and friends, and spend two Monday nights every month in a room (now virtual) where I’m the only person in about 20 or so, that is “neurotypical.”

I guess you could say I’ve been in an immersion program for the last seven years. But I can’t presume to know exactly what’s going on in any of the brains I encounter (or the hearts, for that matter).

I’m not going to tell you what people who are neurodiverse specifically should do to be more organized. There is no “best planner” for ADHD (there are many good ones – plural). There is no “foolproof method” for helping someone diagnosed with ADHD or autism or anxiety or depression get, and stay, organized and productive – any more than there’s a foolproof method for any of us.

So what could, or would I want to say about all of this?

First, borrowing from another favorite author, Don Miguel Ruiz, and his book The Four Agreements:

Don’t make assumptions about what you can or can’t do or what someone else can or can’t do. What may or may not work. Never make assumptions about how neurodiversity shows up for someone (it’s all along a spectrum). There are a lot of folks out there walking around without a diagnosis. There are also a lot of folks walking around out there with the wrong diagnosis.

We can’t say for sure what method or tip will click until we experiment. We need to stay open to possibilities, rather than shutting them down with some sort of stereotype, or the belief that we know what’s best for ___X___ kind of people. Assuming you’ve found the perfect solution for an organizing issue based solely upon a brain condition can be confusing at best and damaging at worst.

Freeing yourself up to try things in different ways, without judgment, is the only foolproof method I know. Listening to your intuition, stepping back, and asking yourself what makes things easier for you (not prettier, or fancier, or God forbid, more neurotypical) is the best hack. You might need a professional organizer or coach or other professional to support you in that process, but you can own it.

Look at yourself (or your neurodiverse friend, family member, etc.) as a whole person.

I won’t say that ADHD or another known diagnosis never enters my head when I’m working with someone. It has to – I have to keep all I’ve learned in mind, and it’s essential information. But it’s certainly not the only thing I’m seeing. Often, it sits second chair to something else that’s stronger, like innate intelligence, humor, or determination.

There are strengths, creativity, passions, values, perceptions, and, yes, challenges that are unique to each person, and that’s where the gold is. Given the opportunity and space, most people can come up with life order ideas that totally eclipse anything I could suggest.

Time to wrap up. I hope I’ve made some sense here, and kept it respectful. As always, I’d love to read your thoughts and comments.

*Many thanks to Janet Barclay and her Organizer’s Blog Carnival for the inspiration (and perhaps needed push) for this post.