Seven and The Ragged Laundry 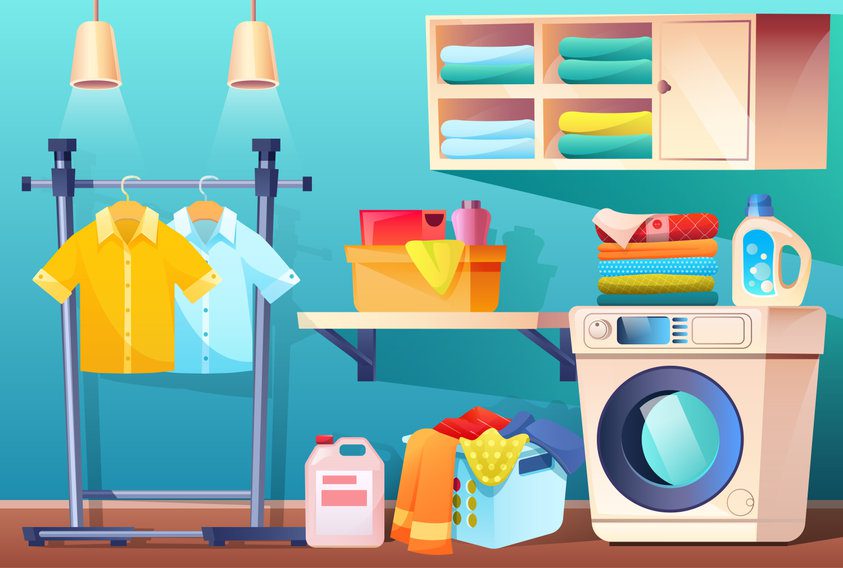 Blogger’s note: today’s tale is inspired by several fairy stories of the “amoral” genre – not amoral in the sense that the protagonist has no conscience, but amoral in the sense that they do not have to possess any particular talent, unique ability, or be “good” or “bad,” in order to come to good fortune. On the contrary, the most unassuming task executed by the most benign anti-hero can set in motion unexpected outcomes.

Also, I find myself in a LOT of conversations with people about laundry. Read on…

In a small village, in a humble condominium, there lived a young man and his Yorkshire Terrier. The young man, known to his neighbors and coworkers as Jack, was seen as kind and easy-going, albeit not incredibly clever, or driven to the kind of success this world seems to value. Jack worked at the local library – although he was not classified as a “full” librarian. He shelved books, did his best to answer questions about the use of scanners and The Puppet Hour, and dreamed of writing his very own young adult graphic novel.

Each morning Jack would rush out his prefab front door with the brass knocker (rarely knocked) – hair wet, shirt untucked, hands full with his wallet, phone, keys, sunglasses, and lunch (if he remembered to make it). Each evening he would return (frequently without the sunglasses), his shirt dotted with printer ink and coffee, and collapse on the couch to watch The Mandalorian. And so the days passed, and occasionally he wondered if this was all there was to life.

Years earlier, as a young boy, Jack’s mother (who was actually from the lineage of females known as Southern Domestic Goddesses) would separate, pre-treat, wash, dry, starch, iron, fold, and put away every thread of his clothing. Every Friday evening, Jack would go to bed with hampers full of jumbled t-shirts and smelly socks. Every Saturday, without fail, the loads would be magically transformed, hanging in his closet and file-folded in his drawers. He did not stop to wonder how this miracle occurred – or question the power of his mother.

The strength of this mystical phenomenon was so ingrained that over time that when Jack moved into his own space, he felt paralyzed when he contemplated such things as liquid vs. powder, softener vs. dryer sheets. He hadn’t the foggiest notion how to begin. His expectations for himself were impossible, for he did not possess the skills of his mother. When worse came to worst, and he had nothing left to wear, he would cram as much as possible into the Maytag all at once, throw in some detergent, and hope for the best. I’ll spare you further details of how long such a load might languish in either the washer or dryer.

Now Jack’s dog, known as Seven (for as all good story readers know, Seven is a lucky number), had his own enchanting capabilities. For months he had quietly watched Jack rush and fumble in his closet, stress out, dig through hampers, and wear his mismatched socks inside-out. He somberly chewed on miniature tennis balls as Jack muttered, “What’s clean? What’s dirty? What about the things I wore only once? Maybe I’ll just buy some more jeans from Costco…” So much of Jack’s brain was taken up with these questions, and so much of Jack’s time taken up with looking for something clean to rush out of the house in, that he had little else in life to consider.

Finally, during one such episode, Seven raised his head from his paws, blinked, and asked, “Jack, Jack, why are you muttering on again about your clothes?”

Jack responded, “Oh Seven, I am in a state! For tomorrow is Monday and I have nothing to wear to work!”

Seven, tilting his silky head, pressed further, “What about all of those khakis and shirts in that basket? Are they not fit?”

“No!! They are stained and wrinkled, and once again I have put off running them through the wash until it’s too late. I’m terrible at laundry!”

Now Seven was gifted with the magic of Instinct and Simplification, and although he had never done laundry himself, he could easily see a way out of the predicament. “Jack, what’s the smallest, easiest thing you could do to get enough clean clothes for tomorrow?”

“I can’t do anything!!” Jack cried. “Laundry is supposed to be done on Saturday! And I have to separate all the loads, and then stay up late for the dryer to finish, and then fold all of the jeans, roll the socks, put everything in the drawers by color and type, hang the…”

“And why is that?” interrupted Seven. Yorkies don’t mince words. 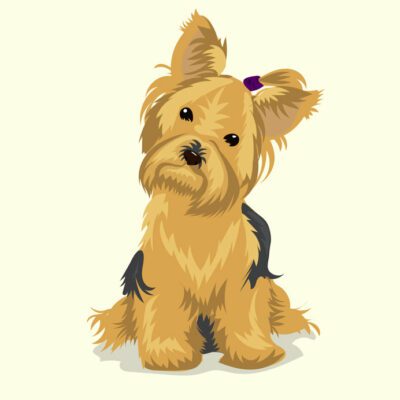 Jack stopped short, and not only because it dawned on him that the dog spoke with a British accent.

“Who says all of those things must be done?!” Seven demanded. “Are you a sorcerer? What do you truly need? You only need something to wear. The laundry fairies created the ‘Quick Wash’ cycle for a reason, my good man. Now here is what you shall do…[cue the harp]

…you shall pull out only enough clothing for the week, and begin the load. While it runs, you shall make your lunch and set out your keys and wallet. In due time you shall transfer the clothes to the dryer, and when it is done, you shall pull it all out. At this point you will have three choices: fold it, hang it up, or lay it flat.”

“I, I get to choose??” stammered Jack in disbelief. “But if I don’t fold the underwear, and all the clothes aren’t…w-what if I choose incorrectly?”

“You will live. And so will everyone else. And you will have some clean clothes,” declared Seven. By and by, Jack followed the magical beast’s instructions.

The following morning, Jack awoke to a fresh outfit laid out on the IKEA bench in his room. Not ironed, but clean. With an ease he couldn’t initially wrap his head around, he made coffee, fed Seven, took a shower, and got dressed – all without searching or pawing through a pile. He walked…walked out the door two minutes early. The experience felt so good he chose to repeat it the next day. And the day after. And then, somehow, he caught up. One Sunday, he actually started the laundry early, as if under a spell, or like a reflex. Sometimes he folded. Sometimes he hung. Sometimes, he did neither. How he did it wasn’t the point.

The head librarian noticed his newfound calm and confidence, and asked if he would consider entering a short story competition. Jack won, of course, and the story eventually became the first chapter of one of his many best-selling novels. He and Seven sold the condo, moved to a nice brownstone in the city, occasionally sent shirts out to be cleaned, and lived happily ever after.

And so it was that Jack learned the magic of how to do laundry in his own un-goddess-like way. I can’t promise that one night of running half a load through Quick Wash will get you a movie deal (or a talking dog), but you just never know.